HANOI, Vietnam--(뉴스와이어) 2020년 04월 09일 -- FPT has recently become a member of Keidanren, also known as Japan Business Association, in an attempt to strengthen ties with the Japanese Government and the local business community.

Established in 1946, Keidanren has been the powerful voice of businesses in Japan with more than 1,400 members, ranging from startups to major manufacturers and tech giants such as Toyota, Sumitomo, Toshiba, and Facebook. FPT is the first Vietnamese IT firm to join the business lobby.

“FPT once had the pleasure to attend the meeting between Keidanren and senior officials of the Vietnamese Government, and now we are very proud to be a member of this federation. By joining Keidanren, FPT hopes to contribute to the growth of the Japanese economy and society through partnerships and collaborations with member companies,” FPT Chairman Truong Gia Binh said.

Membership in Keidanren also helps FPT reinforce its position in the Japanese market as well as facilitate trade and investment cooperation between the two countries, he added. “Being a digital transformation pioneer, we look forward to exploring how innovations could be harnessed to create positive changes in our world”.

As Keidanren Chairman Nakanishi Hiroaki said on its website, the federation’s focus is to implement Japan’s Society 5.0, where technologies such as robotics, blockchain, and AI could be combined with human imagination and creativity to “resolve social issues and create new value at the same time”.

“We are pleased to welcome a global IT firm like FPT to join our business community,” said Keidanren’s Managing Director Kiyoaki Fujiwara. “This membership will not only strengthen the economic ties between Vietnam and Japan, but also contribute to the realisation of Society 5.0 and accelerate our digital transformation journey”.

Since entering Japan in 2005, FPT has grown its local workforce to more than 1,500 employees with 12 offices nationwide, making it the largest foreign IT employer in the country. More than half of its offshore revenue is generated in Japan, where the company helps major companies like Toppan Printing, SCSK, and ISE Foods to accelerate digital transformation.

Being Vietnam’s leading IT and digital transformation services provider, FPT has made a significant contribution in driving the adoption of technologies for businesses around the world. FPT Japan, its largest subsidiary overseas, is expected to gain US$ 600 million in revenue this year and set to become Japan’s top 20 IT firm by 2022. 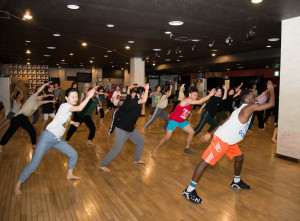